Following the recently published discussions between Suhail Malik and Armen Avanessian, this article tries to locate evidence of the effect that they describe as detemporalisation in Contemporary Art. With specific reference to recent Post-internet artists we can use their speculative notion of the Time-Complex to begin finding the shortcomings of recent art trends, and how they might be addressed in the future.

In the recent DIS editorial Suhail Malik and Armen Avanessian diagnosed a condition of contemporary living dubbed the Time-Complex1; an evolving hierarchy of temporal experiences that increasingly favours the future over the present and the past. In brief, the effect is an impoverished present that consistently works for the future, and that is now starting to show signs of being constructed by it. The lengthy dialogue between Avanessian and Malik finds causes for this in many aspects of our age including financial futures, predictive technologies and, naturally, contemporary art. In their view (but particularly Malik’s)2, contemporary art is in a sort of stasis; a lengthy denial about the state of the present that is guilty of ‘promoting change whilst maintaining a certain stability’. There is weight in their claim; the characteristic newness of contemporary art has been frequently noted3 and the willingness of contemporary curators to close the temporal gap with Modernism4 align neatly with their prognosis. Yet their discussion omits specific examples or artists, remaining, for the most part, abstract. However a working reflection of these ideas can be found in Post-internet art, where similar questions about the perimeters of experience and time in a technology-based society are constantly envisioned. In recent years Post-internet art has become something of a counterpart to contemporary theory (such as Object Oriented Ontology) by embracing online culture in all its forms, and this particular grasp on the technologies of our age has given it a poignancy that is just as instrumental to theories such as the Time-Complex.

One of the earliest and most telling points made by Avanessian in the discussion is that individual human experience has ‘lost its primacy’ precisely because we have favoured future-facing ‘systems, infrastructures and networks’ too often – they have become the very fabric of society, and their presence now implores us to review (or perhaps update) the way we experience the world. How have we come to such an era? Amongst other things the editorial points out the predictive technology of investment derivatives and criminal profiling as raising pressing issues about our treatment of the present, and entailing a shift in our understanding of time. The disproportionate relationship between present and future in the Time-Complex is mirrored in the waning boundaries between online and offline experience seen in Post-internet art, making it a good candidate for understanding these broad shifts. As an art that takes its cue from the torrential increase of online content and flourishing of larger, more recognisable online communities, Post-internet art is intrinsically linked to the kinds of technologies that have brought about a re-ordering of time. However it is less concerned with the fairly conceptual implications of universal policing or banking futures, instead choosing to involve itself with the apps, feeds and forums that have added another layer of narrative and community to lived experience. Many Post-internet artists uphold an attentive relationship to these entities that works within their mediums and sources content directly from them, granting a particularly embodied sense of commentary.

Indeed the level of involvement that artists like Olia Lialina and Jon Rafman take with their sources already begins to reveal a changing relationship between artist and subject – between their online and offline lives. Lialina began exploring these conflations around 1996 with works like My Boyfriend Came Back From the War5 and continued on similar themes with Online Newspapers6 in 2012. The latter lifts scans from global newspapers and squeezes them onto a screen before decorating them with teasing gif animations. At first they seem wistful, but in the point-and-click drama that often underpins her work we find that there are bitonal scans of the same page hidden underneath certain sections, frustratingly obscured by the limits of the frame that reveals them.

Online Newspapers is about the kinds of literacy we ascribe to each medium, and it succeeds in confusing the linear nature of reading with the elaborate and manifold structure of the internet. In a way it evokes the restless and short capacity for attention that has been nurtured by the migration of physical media to the internet, not to mention the increasing number of ways we can access it.

Similarly, Rafman makes the overwhelming content of the internet the center of works like Main Squeeze7 and Still Life (Betamale)8, both of which express the terrifying reach and abundance of memes, online subcultures, fetishes and so on. In contrast with the disharmony of images from these sources, Rafman inserts a contemplative, almost prophetic narrative alongside them in an attempt to bind them together. At moments it seems to resolve their discord, confirming their collective place in a murky part of the web that sits below all respectable platforms like a teeming sewer – but ultimately the viewer is overpowered. His choice of images and the speed at which they come is another reflection of the behaviour of the browser; moving constantly to new, and oftentimes more obscure images for consumption. Both Lialina and Rafman’s pieces specifically depict a diminished present similar to that spoken of in the Time-Complex, but not one that is necessarily informed by the future. It is one in which there is no lasting quality to the present, one that is fuelled by the restless need to be new and to reconfigure or discard past iterations of itself, thus granting shorter and shorter periods of deliberation to whatever occupies our current moment.

Both these artists have focussed on our experience of things through technology and as affected by online sociality, two things that are only proliferating in an increasingly digitised society. As a result, these pieces are not just reflections of the way we use the internet but of a lived experience after the internet in which human agency has lost its primacy in the same ways that have been outlined by Avanessian and Malik. The condition of a deprioritized present they mention suffers the same erosion of differentiation that is being enacted by the unbalanced proportions of online and offline experience, and it has likewise called for us to rethink some very fundamental aspects of living. I believe that part of the process of coming to terms with a future-oriented present entails the kinds of issues that Post-internet art brings up, specifically the new ways of engaging the physical world that are now informed by online activity. The works of the two artists explored here intersect with that of many others who are clearly interested in the collision of the online and offline, such as Eva and Franco Mattes who have continually delved into the effects of using search engines, algorithms and more to create physical works9. Whilst not all of these artworks contain the urgency or ominous tone of Mailk and Avanessian’s Time-Complex, they still manage to highlight the wider erosion of differentiation between certain spheres of time and experience in our contemporary world. The protagonist of Post-internet art, the user, is the willing incarnation of the timeless and futureless individual that populates online communities and receives the forecast of their consumption through cookie-generated algorithms. However it is also this figure that must face the offline world with the consequences of deprioritized human agency and a reordered structure of time, and it is their experience that can serve us best in assessing how meaningful these shifts are; and what else they may affect as time goes on. 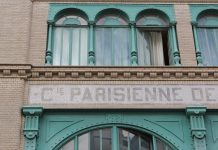 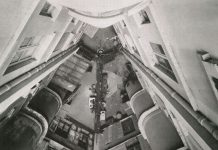