Domů Recenze/Reportáž The Archive as Artwork: Taryn Simon at the Rudolfinum

For centuries the human obsession with order has been embodied in the symbol of the archive and its equivalents, and in the modern era this drive has produced taxonomies of ever increasing complexity. English artist Taryn Simon has put this archival impulse and its effects at the center of her works. In her Rudolfinum retrospective, her explorations of the archive are specific and clearcut, avoiding the sense of the infinite and depthless that is very easily evoked in the face of vast archival collections. This specificity is something she achieves by starting with the objects themselves; as they immediately appear and how our visual understanding of them is altered by the value of structure that pervades them.

The first work in the exhibition, Birds of the West Indies (2013), gives a full demonstration of her approach. It is a collection of edited stills cut from various locations in James Bond films, spanning confidential assignments in London, Jamaica and beyond. On the basis of an obsession with the work of reallife ornithologist, James Bond, Simon forms a dialectic with the locations of his fictional counterpart to tease out the frameworks that are latent in the various film scenes. In a bout of meticulous editing Simon has painstakingly isolated the positions of birds in every chosen still and singled them out with the detached, archival instinct of a compiler. In her application of the ornithologist’s work to popular film Simon creates a chimera document that inhabits the traces of an excluded protagonist and plotline at the benefit of a substructure that gains clarity and articulation in the debris of the superstructure. It is fascinating to explore the fastidious world that Birds of the West Indies uncovers, as it is one that genuinely expands the limits of our interaction with the films. Simon’s way of achieving this gives us an authentic taste of the systems that underpin visual understanding; the same things that drive her body of work.

As Simon shows in Birds of the West Indies, archives have the ability to structure and locate images as they appear to us. The way that this is represented in the artwork is for the most part an innocent and unassuming affair, but Simon also touches on something more apprehensive in her works. A following example would be The Picture Library (2013), where the sense of categorical belonging that was given to the incidental birds of James Bond is extended to wider contexts by examining the simple grouping of topics in a library scenario. In this collection of photographs Simon provides us with a passing glimpse of the many images that have been stored in a New York City library under headings such as ‘Accidents’, ‘Palestine’ and ‘Rear Views’.

Each instance is arranged the same; one image is in full view whilst the others file backwards like dominos, the exposure we get to their content diminishing with each entry. The willful obscurity of their arrangement does more than just exploit the immediate visual curiosity of audiences, it engages a cycle of thinking that restlessly connects concepts to images. This way she illustrates how structures become a sort of reflexive intuition that in turn gains the ability to inform our visual relationship with the world.

As Simon refuses full vision of the many other photographs in her arrangements she offers instead a togetherness fuelled by multitude, a kind of ambient knowledge that predetermines a structure for these absent images. The audience approaches even the most innocuous image with a readymade category. However in turn the presence of this archive structure effectively erases the singularity of the forefront photograph in each of Simon’s arrangements even though they are on full display – ultimately, they appear bound to the archive.

As these two works can show, Simon understands the archive on emotional, human terms that have very tangible effects on our relationship to images and objects. The two latter works express the poetic anxiety of the archive through the embroiled categorisation of the world and the dizziness in uncovering its innate, hidden structures. By playing with these effects and the images that provoke them Simon describes a fragile world of contradicting feelings hidden within the false security that archival structures can provide. Alongside her precise method one cannot help but sense a scrupulousness that borders itself on the consumption it examines, accompanied by a curiosity that threatens to disarm the world of given appearances.

Reflecting on her techniques of arrangement, collage and archiving, we find that Simon’s work is not dissimilar to that of a phenomenologist. In both Birds of the West Indies and The Picture Library she suspends the appearance of our ordinary world to try and discern something essential about it. What she finds however is not the ‘true nature’ of an object but instead a fundamental, omnipresent framework that allows us to place it within a wider understanding of the world. This idea of never being able to reach a singular thing that is simply of itself lurks behind the subjects that Simon works with, manifesting itself in the feverish ordering and documentation of images. Thus, through the use of its own processes, the contradiction between the purposes and resulting effects of the archival mind are exposed, and Simon subverts the apparent order of a coherent system – yet only in the realm of thought. Rather than satisfy a craving for order, Simon instead reveals the incompleteness of a logical scheme that is supposed to protect us from an ultimately disordered world. 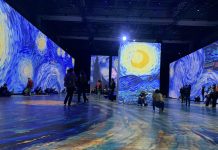 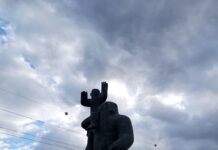 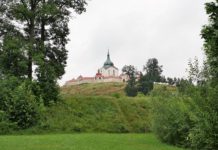